If you’ve practiced yoga for any length of time, chances are you have some experience with that nagging pull in the back of your leg—you know the spot, right near the butt—that tells you something’s not quite right with your hamstrings.

WHAT CAUSES THIS TYPE OF PAIN?
Hamstring tears—which can be both minor and major in severity—are one of the most common yoga injuries. These literal pains in the ass can result from the repetitive forward bending implicit to asana practice, along with a lack of strength in the posterior chain (muscles—along with tendons and ligaments—composing the back line of the body, like your glutes, hamstrings, and lower back).

Picture this: Joe Public goes to work in an office everyday. He gets on the subway (and always takes a seat), rides the elevator up to his office and sits at his desk for the majority of the next eight hours. Joe then takes the elevator back down below ground at the end of the day to get back on the subway. On his way home, he likes to stop at the local yoga studio and take class, preferably an advanced, fast-paced, music-fuelled practice that will get him out of his head.

Meanwhile, Jane Genpop is on the mat next to Joe. Jane is super flexible, and all she does is yoga (or barre, or Pilates – she doesn’t want to get BIG and look manly!). She can move from pose to pose without breaking a sweat. Sometimes she’ll even sneak in a text message to her post-class dinner date since let’s be honest, this class isn’t really that hard and she can already press her face into her shin bones before she’s warmed up.

After class, both Jane and Joe feel great – mission accomplished! But then later that night, after their bodies have cooled down and returned to baseline, they each notice a whisper of discomfort in the back of one leg. Choosing to ignore it, they attend three more yoga classes that week, and before long the discomfort in their hamstrings has turned into real, impossible to ignore pain. What was once a whisper has turned into a scream and neither of them knows what to do about it.

How did both Joe and Jane acquire similar injuries, despite having completely different bodies and lifestyles?

Joe represents the typical “tight dude” whose hamstrings are both SHORT and WEAK. He sits on them all day, which makes them weak, and he never thought to do any type of mobility work before his girlfriend asked him to come to a yoga class six months ago. Since then, he’s kept up with the yoga but nothing in his mostly sedentary life has changed – including the length of his hamstrings.

Jane, on the other hand, represents the hundreds of students out there—often women—who gravitate to the practice simply because yoga is already easy for them and feels like what their bodies were designed to do. Jane’s hamstrings are LONG and WEAK; they’re eccentrically locked (long, stretched) and would cramp up if she ever attempted to use her hamstrings concentrically (like in a hamstring curl).

What do Joe and Jane share in common? WEAK HAMSTRINGS.

SO…WHAT’S TO BE DONE?
Kick back action
Kick back action
Hip hinge
Hip hinge
Blanket hamstring curl
Blanket hamstring curl
Learn to engage your hamstrings isometrically. First, start by standing still, unlocking your knees and dragging one foot along the floor to kick that heel to your bum. After a few heel kicks on each side, try doing it with both feet at the same time. Obviously nothing will move – but you want to feel that there is activation happening in the backs of your legs, behind your thighs. Say hello to your hamstrings!
Learn to hip hinge with your hamstrings engaged. Maintain the isometric contraction, knees still unlocked, and think of sticking the butt out slightly as your pelvis tips forward, bringing your spine toward parallel with the floor while keeping neutral curves. Try to keep the hamstrings active in this position, and use them to lift you back up. Your hamstrings are an internal pulley mechanism – using them this way in your asana practice will be a game-changer.
Practice bent-knee hamstring exercises. Whether you have access to a hamstring curl machine at the gym, a stability ball or simply a blanket, there are all kinds of tools to help create more WORK in the backs of the legs. Focus on engaging both the top (proximal – near the butt) part of the muscles, as well as the bottom (distal) portion closer to the knees since these are the areas most vulnerable to injury.
Performing hamstring activation work in full range of motion (in other words, engaging your hamstrings in their fully lengthened/stretched and fully shortened/contracted positions, along with all the spots in between) will create more mobility. Bonus: this type of work will also engage your glutes and strengthen the muscle fibres where your butt and hamstrings overlap at your sit bones (right in the often ouchey spot).

“I WANT A FLAT BUM AND TOOTHPICK LEGS” SAID NO ONE EVER.
If you’re interested in learning the exact exercises we use and integrate into the yoga practice to keep our students PAIN FREE, it’s time to #followthedetour! 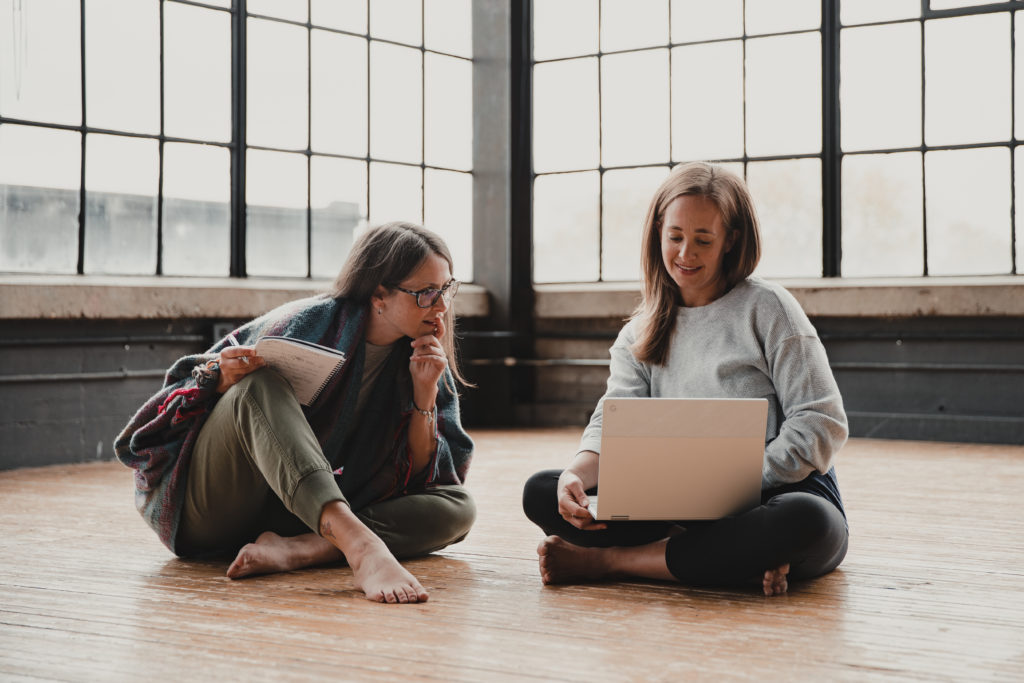