How do you know all that? Did you go to school for it – do you have a degree in human physiology or something?

Ha! I WISH I got a degree in human physiology.

Instead I got a degree in Social Anthropology.

I know – super random. But at the time it was the only section in the course catalogue that held my attention. The classes interested me, and that meant I’d get out of bed for them. Wouldn’t want that tuition going to waste or anything, right?

When I was in the midst of that degree I had no idea what I was going to do with my life. I had just started practicing yoga for fun and was considering calling it quits on grad school to see if I could hack it as an event planner. Anything that involves intricate to-do lists has always been my jam (sidenote: you should SEE the to-do lists for the online course…white board, sticky notes, the whole shebang).

And then for some reason I got the idea in my head to study sexual health education through the lens of social anthropology. I ended up doing field work (super impressive sounding, I know) at the Halifax Shambhala School, an independent school that was borne out of the Shambhala Buddhist community – did you know that Halifax, Canada is the international HQ for Shambhala Buddhism? True story.

These kids had front-row seats to lessons on real life and I was totally envious. One day in the women’s circle – which is what they called a monthly gathering of all the female-identified people (students and faculty) in the school – they had someone from the local sex shop come in as a guest speaker. She did a demo using tampons to show us what happened when you put a “clean” commercial tampon in water (it emits what looks like a toxic cloud of gas) vs. an organic tampon (no cloud, water stays clear). She also brought in Diva Cups for the girls to see and ask questions about. She removed the mystery from all of it…and I sat there thinking “Fuck…why am I only finding this out now?”. I haven’t touched a commercial tampon since.

Fast forward roughly ten years—during which my thesis has sat on a shelf, collecting an impressive layer of dust—and I’m still nerding out. I’m as inquisitive as ever (once a social researcher, always a social researcher), only now my lens has shifted focus.

I’ve traded a classroom for a yoga studio.

Funny how things can come full circle like that.

The other day, someone asked me “How do you know all that?”, referring to the stuff I talk about in videos like this one.

People are often surprised that I didn’t study anatomy in academia, or get a degree in Physical Therapy or Exercise Science. Truth be told – I totally considered doing that about five years ago but my chiropractor talked me out of it. He told me I already knew more than anyone else walking into that first year program. He advised me to find other coaches and educators who I respected and wanted to emulate, and study with them by any means possible.

I went to Movement X and The Corset (Ido Portal‘s trainings).

I flew to Denver for a weekend of Gymnastic Bodies training with Coach Chris Sommer (US Men’s National coach).

I sought out Dr. Andreo Spina and certified as a Functional Range Conditioning Movement Specialist.

I spent a year going back and forth to Montreal to study Somatraining with Dr. Guy Voyer.

Then I went to New York City to study with the same guy and learn his revolutionary ELDOA technique.

And for the last four years I’ve worked with a Poliquin-inspired strength coach who’s basically taught me everything I know about strength and structural balance.

I learned what I know through a) highly intense, concentrated periods of study and b) experiential movement. I’ve integrated all of that information into my body and practice so that when I talk about this stuff, it’s from a perspective that hasn’t just memorized it – I’ve felt it.

And that type of learning never stops. One of my fave Spina quotes goes like this:

“I never trust people who are “sure” of things. I trust those who are temporarily confident in their current interpretations.”

That’s why I train with people like him – people who are out in the world, working with real humans and not sitting behind a desk marking papers.

And it’s also why my teaching is in an ever-evolving state. I’m never right. I’m only less wrong than I was before. And if you can get behind that approach and train with me, you might just find yourself asking that same question I had ten years ago about those damn tampons:

“Fuck…why am I only finding this out now?” 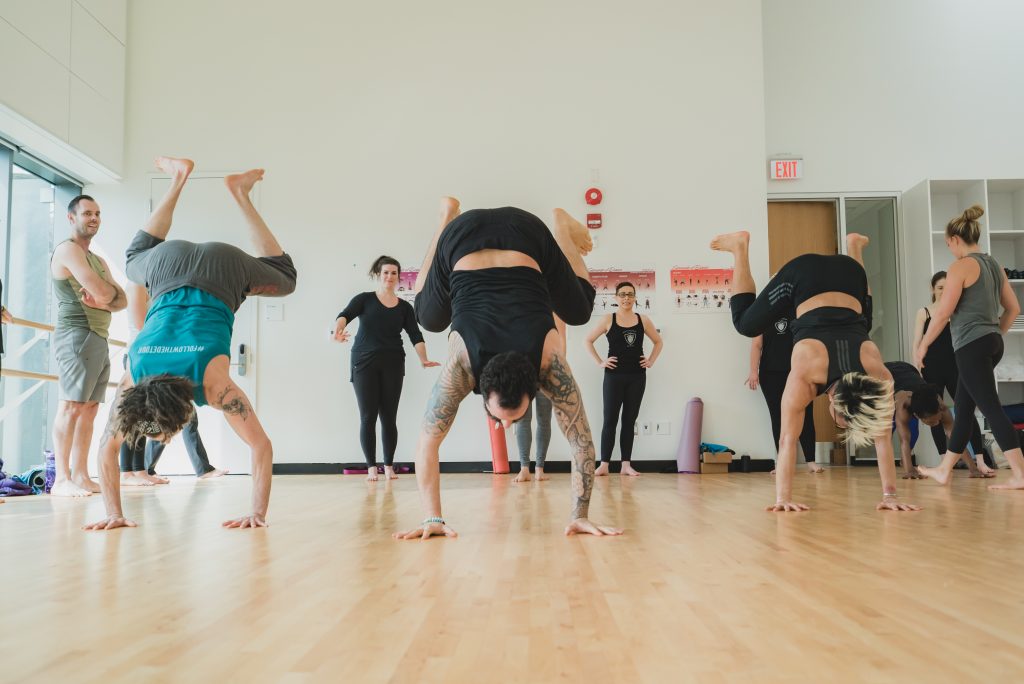 I’m interested in people. It’s that interest that led me to study social anthropology – the study of human communities. When I was in school,…